With a lot of phones having small internal storage and no means with which to expand it (SD cards are still uncommon), there is a constant battle to make space. There is cloud storage but WiFi internet access isnâ€™t always available. There are USB OTG (On The Go) adapters that can provide storage but it's not natively supported on many devices either. 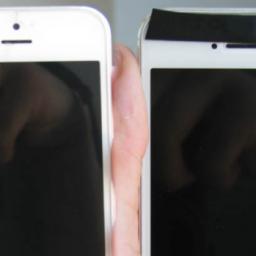 Media is covering why people disable cameras by covering up the camera with tape on their laptops and mobile devices. Is this paranoia? Does the NSA or hackers really get into your phone or PC just to take pictures of you in the nuddy? Pipedot, I ask you: Do you cover up the camera on your devices, and if so, why?
The case for Planet Nine's existence keeps getting stronger. Astronomers have discovered several more objects in the extreme outer solar system whose orbital characteristics hint at the existence of an unseen "perturber" in the dark depths far from the sun â€” a hypothetical world larger than Earth that scientists are calling Planet Nine. "If you want to put a number on it, I'd be somewhere like 80 percent sure that there's a Planet [Nine] out there," said Scott Sheppard.

In their 2014 study, Sheppard and Trujillo noted that several extremely distant objects share certain orbital characteristics, and suggested that these bodies' paths around the sun may have been shaped by a large planet in the region. This hypothesis was bolstered earlier this year. Computer simulations suggested that the gravitational influence of a roughly 10-Earth-mass planet about 600 AU from the sun could indeed explain the odd "clustering" in the orbits of Sedna, 2012 VP113 and a handful of other distant objects.

Finding Planet Nine via a blind search would be incredibly difficult and time-consuming. The putative world, while big, would also be quite faint because of its immense distance from the sun. The planet's huge and as-yet-undetermined orbital path also means it could be hiding anywhere along a large swath of sky. But Mike Brown of the California Institute of Technology has said that Planet Nine may well be visible through powerful telescopes, provided astronomers point them in the right direction at the right time.
Ask most people what happens when they boot their PC and they will respond with a range of answers from I don't know to The BIOS starts the boot process etc. Very few people realize that modern PCs have a hidden subsystem that lurks behind the main OS with full access to the computer even when it is in sleep mode. This system is called the Intel Management Engine. Given that it can access any part of the OS, memory or storage and has a range of capabilities which includes communication via ethernet the FSF has nominated the Intel ME system should be ditched. Given that the owner of the hardware has no control over the ME and can't even see it, and that the ME is a viable attack vector for completely taking over a PC "It is a threat to freedom, security, and privacy that can't be ignored." The only question we have is: Can we get rid of it?
Cloud management provider and co-founder of OpenStack, Rackspace says it will be going private in a deal that will pay shareholders $4.3bn. Investment house Apollo Global Management will be paying $32 per share to buy out stakeholders and run Rackspace as a privately held company. Rackspace stock closed yesterday (prior to the announcement) at $30.19 per share.

Pending stockholder approval, the deal is expected to be completed in the fourth quarter of this year. News of the deal hardly comes as a surprise â€“ reports of an imminent deal to take the company private surfaced weeks ago, causing Rackspace's stock price to soar in the meantime. The acquisition could help Rackspace in its efforts against larger competition in the cloud management space. The company had entertained the idea of a buyout in 2014, but backed out of talks.
After 20-month search period, a key dark matter detection experiment has officially come up empty-handed, casting doubt on the existence of weakly interacting massive particles (WIMPS), which have been far and away the leading explanation for one of the biggest mysteries in astrophysics.

Scientists "have pushed the sensitivity of the instrument to a final performance level that is four times better than the original project goals. It would have been marvelous if the improved sensitivity had also delivered a clear dark matter signal. However, what we have observed is consistent with background alone.â€ The LHC, meanwhile, is conducting experiments that should produce cross-sections of particles that may point to the presence of WIMPs, but it has so far come up empty-handed as well.

Besides WIMPs, there are other candidates for dark matter, including MACHOS (dim stars or black holes that give off little or no radiation), axions (theorized chargeless, very low mass particles), sterile neutrinos, and gravitinos. WIMPs are favored, however as they are predicted by Supersymmetry, and might solve a great deal of astrophysical mysteriesâ€”from explaining the apparent weakness of the gravitational force to the existence of the Higgs boson.
It looks like the end of the road for Win 7 & 8 users may be at hand. Microsoftâ€™s Senior Product Marketing Manager Nathan Mercer just announced that, â€œFrom October 2016 onwards, Windows will release a single Monthly Rollup that addresses both security issues and reliability issues in a single update. The Monthly Rollup will be published to Windows Update (WU), WSUS, SCCM, and the Microsoft Update Catalog. Each monthâ€™s rollup will supersede the previous monthâ€™s rollup, so there will always be only one update required for your Windows PCs to get current."

In other words, individual patches will no longer be available after October 2016, and Windows 7 and Windows 8 users will now only have two choices: stop updating completely and leave your computers vulnerable to security holes, or accept everything single thing Microsoft sends you whether you want it or not. Will this include forced installs of Win 10 on existing Win 7/8 PCs? Only time will tell.
Rob Rhinehart, developer of the meal replacement milkshake known as Soylent, has been criminally charged over his off-grid â€œexperiment in sustainable livingâ€. He installed an off-grid shipping container home, without obtaining city permits, and he allegedly refused city orders in January and April to remove the container. He could face up to two years in prison and a $4,000 fine. 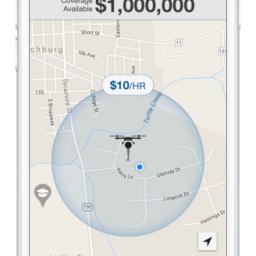 More people than ever have drones, but flying them also comes with risks such as losing your drone, damaging it, or worse, causing damage with it. As more of them take to the sky it's not unlikely that some form of insurance will eventually become required to be held by drone operators. A recently-launched company named Verifly is getting an early start in that market by offering short-term "on-demand" insurance for recreational and commercial drone users. The insurance service starts at an $10 an hour and offers liability insurance for up to a quarter mile around the user. The system works through a downloadable app where the drone operator selects a flight area and receives hourly insurance, subject to some limitations. Right now the service is not offered in all states, but is available in 40 of the 50 states. The insurance currently covers drones with a maximum weight of up to 15 pounds and has a maximum liability limit of $1,000,000 of coverage per incident.
Since 2012, neuropathologist Daniel Perl has advocated for this theory: specifically that blast waves caused physical damage at the intersection of the brain's gray matter and white matter , where microscopic analysis of the brains of former soldiers who suffered from PTSD reveals a "brown dust" of scarring, in regions that are neuroanatomically associated with sleep and cognition.

Ibolja Cernak is a Bosnian scientist who conducted a study on 1,300 veterans of the Bosnian/Serbian conflict, which confirmed much of Perl's hypothesis. Adherents of this hypothesis believe that the action of a blast weakens the material connections at their intersections -- perhaps by compressing the body and forcing blood into the brain, putting a "shearing load on brain tissues."
12345678910...
Poll
4 comments
23 votes
Most Discussed